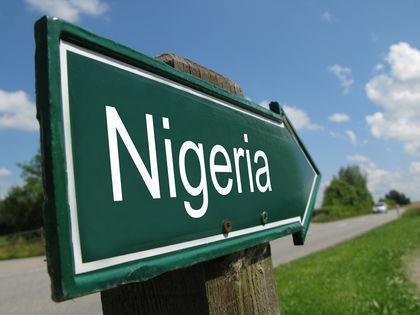 I’ve been groaning a lot by what I’ve been reading in articles and on social media about Nigeria, Boko Haram and the kidnapped girls. I’d say half of what I’m reading is nonsense. Yes, literally half of it is nonsense. Everyone is an expert on Nigeria now, so much so that they are actually bypassing actual Nigerians to give their opinions, like they have a better grasp about Nigeria than Nigerians.

1. After the news broke that some of the kidnapped girls had been taken across the border into Cameroon and Chad, and some might have been forced into marriage, one of the most disgusting things I read was from someone going on about “Nigerian culture”. This person went on to say that this is normal in Nigeria. Yes, they were serious. If it isn’t clear by now, no it isn’t normal in Nigeria to storm schools with guns and kidnap young girls, take them deep into the bush, hold them against their will, rape them and then traffic them into neighboring countries as your new forced teen brides. WTF?

How can anyone insinuate that this is “Nigerian culture”? I’m sure people in Iraq and Afghanistan and those from Iraq and Afghanistan in the US were constantly in a state of uneasiness and anger by the outright lies propagated about their country by some westerners. I understand this feeling now. This is where I am at the moment. I’m angry. These people saying these awful things don’t understand that they are dealing with human lives. These are people. Your lies and distortion has an affect on public perception and day to day life. Ignorant people also imbibe this nonsense and it will shape their beliefs and ideology about people they don’t know and places they have never been. It’s why my former neighbor who is a Sikh had to prop up a US flag after 9/11, because he wears a turban and didn’t want to be assaulted by the roving gangs of white dudebros who wanted to exact revenge on any brown person they saw. The flag didn’t help him because he was still accosted and harassed. His store was vandalized several times.

2. Stop using Nigeria as a stepping stone for your talking points. Don’t use a tragedy that has befallen innocent people for your agenda. It’s obvious when people start talking whether they know what they are talking about or whether they don’t. Just the other day, someone referred to Nigeria as an “Islamic republic”. How can we take someone like this seriously? Half of the country is not muslim. Nevertheless, that comment was ripe with Islamophobia. This bears repeating, the kidnapped girls are muslim. The parents missing their daughters are muslim. Borno state is muslim. Maybe people making Islamophobic comments don’t know that, or maybe they don’t care. They have their talking points and agenda, and they’re sticking to it, facts be damned. How asinine is it to approach this situation with Islamophobia when the victims are muslim? What sense does that make?

3. Stop saying nobody is reporting about the kidnapped girls. That’s just not true. This point has been regurgitated so much that it has become the new truth. If nobody is reporting about it, then how did these people hear about the news then? How are they finding out about the latest developments? By carrier pigeon? By telegram? By morse code? By osmosis? If you want to chastise western media outlets for not reporting it enough, then fine. However, Nigerian and African media outlets have been on this story from day one. To say “no one is reporting this story” basically erases what African media outlets are doing, not to mention that it makes it seem like they aren’t important.

4. I am choking on the paternalism from people who have declared that no one is reporting this story. A story just isn’t a story for them until someone in the western press commandeers it. Even on issues pertaining to Africa, westerners don’t have deference towards African media. There’s this paternalism that plays out towards Africans where the weight, importance and gravitas of a situation is placed entirely on western news reportage, as if the situation is only serious and worthy when westerners cover it. Apparently it’s child’s play when Africans cover their own stories, and that qualifies as “no one is reporting this story”, as if it’s a blip on the radar. This is emblematic of a western mindset that centralizes themselves. I just want people to be aware of this and how they perpetuate this mindset. Africans aren’t immune from it either.

5. To put point 4 in perspective, Nigeria has a population hovering around 175 million and people are talking about the press in the UK not reporting this enough, as if there aren’t more people in Nigeria than the entire UK. There are more people in the Niger Delta than in London. Lagos alone has more people than all of Scotland, Wales and Northern Ireland combined. Paternalism makes you lack perspective. It makes people not realize how small they are. Paternalism makes people think that they are bigger than they really are. So please, forgive me for not losing my mind that some western media outlets aren’t doing the most with their reporting. Of course I’d love them to report this story diligently as well, but the world doesn’t begin and end with them. Nigeria is the most populous country in Africa. It’s the most populous black country on earth. Have some respect for that. Acknowledge that they are reporting it. Acknowledge the far and wide reporting of this situation on the continent by other African countries. Don’t tell me about the UK or the US as if they are the be all and end all for disseminating information.

6. As previously mentioned, media outlets from across the continent have worked tirelessly from the beginning on this story. Nigerian and African media outlets have done a great job reporting this. Do you read Nigerian sources? If you want to discuss things happening in Nigeria, then maybe you should, lest you sound like an ignoramus. The Nigerian media have reported and are reporting around the clock. They are the ones delivering information to international news wire services. The story is everywhere. You can’t miss it, unless you only get your info from Fox News or something. You’d really have to make a concerted effort to not hear about this story or you’re turning a blind eye to the reporting and are choosing to focus on the outliers doing a poor job covering this story. Outlets like BBC, Al Jazeera, Reuters, Associated Press and many others are covering this story diligently. Those are the majors. Even CNN that we love to mock is covering this story. I stand in solidarity with #bringbackourgirls, but there is no need to bring attention to the issue by distorting reality and repeating things that are not true. When people do this, I question everything about them. What else have they distorted in the past?

7. Before launching a western interventionist campaign in Nigeria, think hard about whether what you are proposing will make things better. Think about the repercussions of such actions. Ask what people are doing on the ground. Sensible people will not reject earnest help and support if they need it. Why would they? Talk to Nigerians first. It’s their country, they’re the ones who have to live in it. Do you know about the protests going on regarding the kidnapped girls, like the Million Woman March? These are the type of things you will read in African media outlets first, which is why it is important to get your information directly from them. So while you’re complaining about the western media not doing enough, you are not paying attention to the people who are doing everything they can and the people reporting it. Whether you feel that is effective or not, the fact is that Nigerians are mobilizing in the face of crisis and poor leadership. They aren’t resting on their laurels. The cries of some understandably distraught parents asking for any and all help doesn’t mean Nigerians are begging for foreign intervention. They have agency. It’s not your ship to steer. People not in Nigeria should take an ancillary role and find out how they can support the people on the ground. You know, that whole “be a good ally” pep talk we give to white people. If you are allegedly doing something for the benefit of Nigerians or to rectify an awful situation in Nigeria without consulting Nigerians, listening to Nigerians or thinking thoughtfully about how your suggestions will affect Nigerians in the long term, you aren’t being a good ally. What’s the point of your help then?