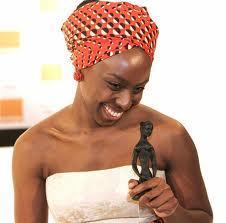 It is in the US that a Nigerian discovers that she is a Black and an outcast.

A few months back, at a book festival held at the university where I teach, the Nigerian novelist Chimamanda Ngozi Adichie gave a reading from her new novel Americanah. It’s about a young Nigerian woman who migrates to the United States, where, for the first time, she realizes that she is black, or rather she “becomes black”. In Nigeria, we are told, race doesn’t matter and the colour of your skin just does not figure into who you are. Which begs the question: Is who you are how others identify you? And, if you are identified differently in different places, does this change your perception of your very self?

Americanah is as much about Nigeria as it is about the US. The title refers to the name Nigerians give to other Nigerians who return from the US with different expectations or “odd affectations” such as one Americanah girl who “no longer understood Yoruba, adding a slurred ‘r’ to every English word she spoke”.

The novel is also about what it means to leave your country and return, of how you look at your home differently and how your fellow compatriots see you differently, as in, “Ginika did not go abroad often, and so did not have the air of away as Yinka did”. Or when the main character in the novel, Ifemelu, when living in the US, develops doubts about being abroad: “She scoured Nigerian websites, Nigerian profiles on Facebook, Nigerian blogs, and each click brought yet another story of a young person who had recently moved back home, clothed in American or British degrees, to start an investment company, a music production business, a fashion label, a magazine, a fast-food franchise. … They were living her life.”

The reading by Adichie that day was good, animated. But most interesting was the packed audience — mostly black students, some African, from a host of countries, some African-American, from universities all over the Washington DC area, including the historically black Howard University — and the questions they asked. They had clearly come not just to see and hear her, but to talk to her. They didn’t so much ask about the novel as ask Adichie about herself, her experiences as a Nigerian and as a black woman in the US. Like all novelists, she reminded the audience that the novel was not an autobiography, but at the same time, she took each question seriously and asked questions back. It made for an unusual and riveting book event. What was clear was that the students wanted to know themselves better through her. They wanted to know how to live and how to be.

Americanah is also a kind of ethnography of Americans — black and white — and Adichie depicts them only as an informed outsider could. In one scene, while working as a nanny for a wealthy family, Ifemelu comes to see liberalism for what it is: “She recognized in Kelsey the nationalism of liberal Americans who copiously criticized America but did not like you to do so; they expected you to be silent and grateful, and always reminded you of how much better than wherever you had come from America was.”

The longer Ifemelu is in the US, the more the rules of race become apparent to her. And she starts writing a blog about those rules: “In America, you don’t get to decide what race you are. It is decided for you. Barack Obama, looking as he does, would have had to sit in the back of the bus fifty years ago. If a random black guy commits a crime today, Barack Obama could be stopped and questioned for fitting the profile. And what would that profile be? “Black Man.”

But Ifemelu is not only disturbed by the construction of race in the US. She offers a more global perspective on how she is treated as a black person when she travels abroad. She blogs: “In Tokyo and Istanbul, everyone was cool and indifferent. In Shanghai the staring was intense, in Delhi it was nasty. I thought, ‘Hey, aren’t we kind of in this together? You know, people of color and all?’”

It’s a nice idea, for sure, that Indians, with our array of colours from “fair” to “wheatish” to “dark”, would feel solidarity with Africans, for our shared colonial past and global future — not in theory, but in practice, face to face on any city street. Instead, we seem to denigrate ourselves and others by continuing to mistake skin color for status.

At the reading, Adichie herself did not have any grand pronouncements on race for the students questioning her, but in her novel, she allows her character Ifemelu to have the last word: “But race is not biology; race is sociology. Race is not genotype; race is phenotype. Race matters because of racism. And racism is absurd because it’s about how you look. Not about the blood you have. It’s about the shade of your skin and the shape of your nose and the kink of your hair.”