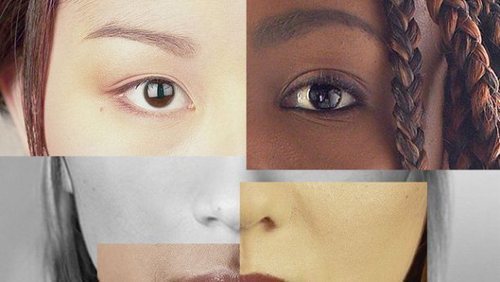 Racism exists when prejudice+power combine to form social constructs, legislation and widespread media bias that contribute to the oppression of the rights and liberties of a group of people. Racism is systemic, institutional, and far reaching. It is the prevalence of racism within social structures and institutional norms, along with implicit and explicit enforcement by members of a group, that allows racism to run rampant and unchecked. America is a country seeped in white privilege, and our social structure is built on colonization and forced slave labor that then turned into further systemic and ongoing oppression of PoC. We have a culture that presents whiteness as the norm and all else as ‘other’ or different. White is presented as the beauty ideal, the main face in the media (unless we’re talking about criminals, then PoC get unfairly misrepresented), the standard, the regular. It’s a structural problem that affects the perceptions of jurors in criminal cases, admissions to colleges, funding for public schools, welfare and food stamp programs, the redrawing of district lines that affect where we vote, who we see represented on T.V. and how, what schools people have access to, what neighborhoods people live in, an individual’s shopping experience, access to goods and services; it’s extensive and a part of the fabric that let’s whiteness remain dominant in American culture.

That’s an interesting opinion, now here are some facts.

1.a belief or doctrine that inherent differences among the various human races determine cultural or individual achievement, usually involving the idea that one’s own race is superior and has the right to rule others.

2. a policy, system of government, etc., based upon or fostering such a doctrine; discrimination.

3. hatred or intolerance of another race or other races.

Just have a look here: http://politicalviolenceataglance.org/2013/05/16/comparative-xenophobia-part-i/