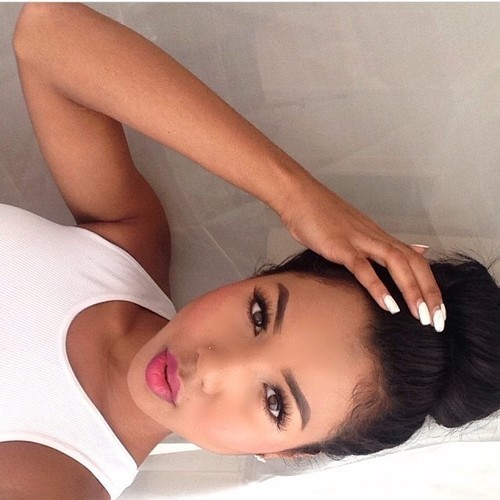 I’ve found that when I meet a new person, I feel the need to tell them that I’m biracial. And often it comes out as a confession for some reason. It’s difficult to bring up in normal conversation that I’m mixed without saying pointedly “hey, my mom is white and my dad is black!” So a lot of the times I’ll admit it to them whenever race comes up. Any kind of mention of race too, from a racist joke to a reference to the “White moms vs. black moms” vine someone watched last night.  Considering how confused people seem about what race I am when they meet me, I surprisingly rarely get asked directly to identify my ethnicity. I assume it’s because they think it’s rude. If they do ask, the question often starts with “I’m not trying to be rude/nosy but…” Sometimes they won’t directly inquire either, just hint at confusion. The person will start off saying something about race, a comment about how white a girl is, for example, then they’ll slowly trail off and glance at me. And I just laugh. It’s not something I’m uncomfortable about.

I’ve noticed also that if a person is willing to conjecture my race, they often think I’m Hispanic. When I was fourteen or fifteen, I was standing at a t-shirt booth in Bush Gardens with my sister.* During the day, we had noticed several large groups of Portuguese-speaking teenagers in matching shirts. Through encounters with them and other patrons in the lines for roller coasters, we had discovered that the groups were Brazilian soccer teams sent to the park by some organization. While I picked through the t-shirts at the booth, three girls from these soccer teams approached me and began speaking to me in their native language. They apparently thought I was part of another team. Now, the full extent of my expertise in Portuguese in my entire life revolves around this moment. I had no idea what she said to me so I responded, slightly stupidly, “Uh, what?” Realizing their mistake, the soccer players laughed and turned away from me, leaving me slightly shocked and amused.

I’ve grown up being the mixed kid. I’ve grown up understanding that my dad is black and my mom is white. It’s a fact of my life. And even though I apparently could pass as being Brazilian, I’d rather be just mixed. And I find I have to identify myself as biracial to remind people that I won’t fit into their stereotypes.

* My sister is lighter skinned than me and, while I’m thought to be Latina, she’s assumed to be Pacific Islander. There’s a wide spectrum of races for biracial kids to be assumed to be.

(Statement from the web)