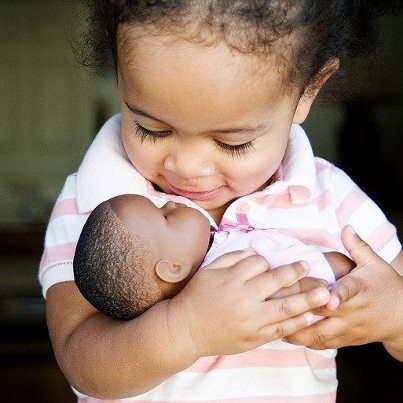 Biracial is a term that refers to people born to parents with different racial backgrounds, such as an African-American mother and an Asian-American father. Clinicians and researchers in psychology work to understand how biracial individuals develop their racial identity. According to W.S. Carlos Poston, PhD, five stages of biracial identity development create a healthy and integrated sense of racial identity.

The first stage of biracial identity development is personal identity. In this stage, the individual has previously developed her own un-integrated reference group orientations, or attitudes toward the reference groups of her background. Rather than being based on race, during this stage identity is mainly based on self-constructs that originate within the family.

The second stage of biracial identity development is the choice of group categorization. In this stage, the individual may feel forced to choose a more dominant culture from his background. This forced feeling comes from society’s need for definition and typically depends on the individual’s personal appearance and knowledge of the two cultures. Faced with the question, "What are you?" the child begins to feel pressure to identify himself as one racial type instead of as biracial. In this stage, the biracial individual may also experience crisis and alienation due to the demands of society.

The third stage of biracial identity development is the enmeshment and denial stage. The individual feels confused and guilty as a result of feeling forced to choose a dominant culture and deny the other culture. The biracial individual may feel disloyal to the parent of the non-dominant culture and develop feelings of anger, self-hatred and shame. The biracial individual must resolve these feelings to move beyond this stage of development.

The fourth stage of biracial identity development is the appreciation stage. The individual begins to broaden her reference group orientations to include both cultures. In most cases, the individual will still identify with a dominant culture, however, she will begin to make a significant effort to become involved with and explore the secondary culture.

The fifth and final stage of biracial identity is the integration stage. The individual begins to acknowledge both cultures in his racial background. He continues his exploration of both cultures and gradually becomes integrated by learning to value both ethnic identities.