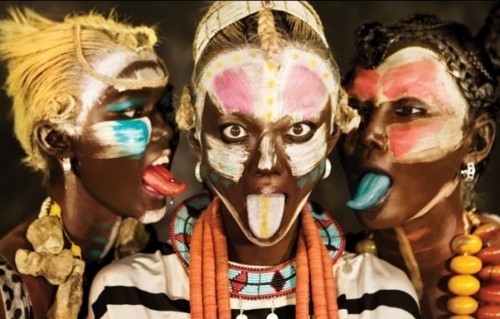 A study in the journal Public Library of Science ONE finds that many judge race based on types of clothing.

You are what you wear. Most of us know appearances matter in first impressions, but recent research shows that clothing can tap into pretty stark racial stereotypes.

Thirty-four subjects—almost all white or Asian—looked at digital faces. They had to decide with an instant mouse click whether the face was black or white. Each of the 16 different faces was morphed along a continuum from white to black. And each face was on a body wearing either a business suit or a janitor’s jumpsuit.

The subjects mostly chose white when a medium hued face was coupled with a business suit. The janitor outfit made people think the same face was black.

But subjects assigned the most ambiguous faces as black regardless of clothing. Other studies have also found that people will categorize anyone of mixed race as belonging to the social group of lower status.

The researchers also analyzed mouse trajectories. Subjects who chose white as the race for a janitor first hovered toward the black choice. And when they chose black for a face wearing a business suit they hovered first toward the white choice. More evidence that racial issues aren’t black and white.