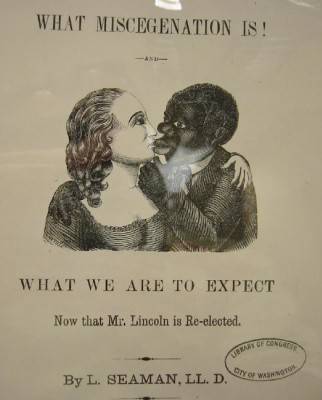 I am a Tuareg who lives in Italy, so it’s natural to have at home such an animal as a pet: a dromedary named Fidoh (we put an academic “h” to please our neighbors). That camel with a hump alone.

One day my daughter came home from an initiative that should had to be cultural, with a lot of experts and authorities, crying.

I was not there and my daughter found only Fidoh that was cropping some rocket in the garden. Fidoh, as camels do, immediately became alarmed and asked my daughter the reason for her tears.

My daughter, called Fidah, put it in this way:

“Today, in a meeting, I read a poem about cultural miscegenation and a gentleman,
all dressed in black, interrupted me and told me that that’s a bad word and I should not
repeat it in meetings of respectable people. He yelled in a loud voice, and got me really afraid.

That’s why I cannot stop crying, even if the offense belongs to a few hours ago.”

Fidoh, hearing these words, at first got very alarmed, then he craned his neck, chewed the tender rocket as if it was a thorn in the desert, he cleared his throat and said:

“Do not worry Fidah. It also happens between animals that have never known
nationalism, fascism or Nazism. There are many individuals, including humans, who are afraid of relativism and the hybrid culture is the bearer of relativism. They believe that
culture is an object and an essence. They make confusion between cultural relativism and ethical relativism. I don’t want to talk to you in a difficult way because I am only a camel, but this is a
legacy of nationalism and colonialism. In a word: separation.

Think about unions that should promote sustainable development, they share their members in
nationals and immigrants, because they still cannot accept the mixing of races, the
“creolization “.

“I’m sorry Fidoh – interrupted Fidah – but I can’t understand anything about what you’re saying.”

“Hey girl, I’m sorry but these concepts are complex. But, you see, I adapted
myself eating this rocket instead of my beloved “Schih”. At the beginning I often suffered
of dysentery, but now I am used to it and I would not trade the rocket with anything else . It’s
a question of adaptation. We are always afraid of strange things. This is
life.

Hybridisation is being done with you and your companions without even realizing it.

“In fact – said Fidah, now calmed and eyes perfectly dried – my classmates and I never felt different or teased because I’m in Ramadan or because take “rfiss” as a snack instead of packaged snacks. On the contrary they always ask for a piece to taste. “

“Yes, that’s what I said, culture is a set of essential attributes, natural.

This believe the fundamentalists. But it is a historical process, with different and diversified contributions. Just think that St. Augustine was an African, who was ashamed of his
flawed accent when he spoke in Latin and is considered one of the fathers
of the Church. And what about Jesus? He was a Jew. Now go and do your homework and do not
think about that, because it belongs to the past. “